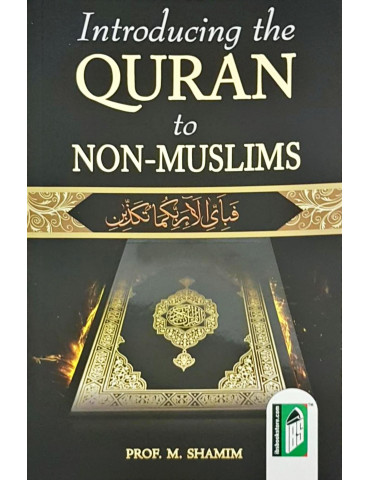 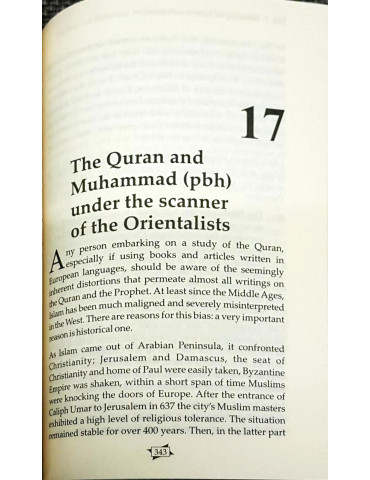 Introducing The Quran To Non-Muslims

A major misunderstanding is prevalent not only among non-Muslims but among Muslims too that the Quran is of Muslims or for Muslims. This is far removed from reality. The Quran is addressed to all of mankind and keeps a treasure open to anyone who approaches to it with an open heart and unprejudiced mind. 'Introducing the Quran to non-Muslims' is an endeavour in the direction of presenting a proper introduction of the Quran to non-Muslims and ignorant Muslims. In writing this introductory book, the author has kept in mind that he is presenting it to a person whose knowledge of Islam is at a minimal level but who is eager to know the main points of the Quran in clear, plain and unambiguous language. Quran is a collection of wisdom which can be adopted by the most intelligent of men, the greatest of philosophers and the most skilful of politicians. This book is written in a manner as if the reader is sitting with the author engaged in a dialogue. The presentation of the book is not in an academic form but it is more akin to a student's handbook; understandable to laypersons and to those even with an initial knowledge of Islam. Apart from dealing with the usual social, moral, spiritual, legal, military and political frontiers, it also touches authentically upon scientific spheres. An amalgamation of around thirty chapters and sub-chapters all well researched and critically examined articles, this book may be esteemed as one of the finest handbooks of reference not only for non-Muslims but for even the Muslim readers curious to study the Quran other than for holy purposes. The book on one hand addresses the dynamics of the Quran in scientific references and on the other, convincingly answers all doubts pointing towards the huge differences which lie between the religion explained and the religion practiced.

Introducing The Quran To Non-Muslims