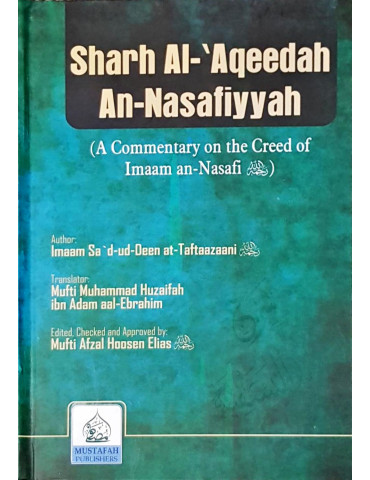 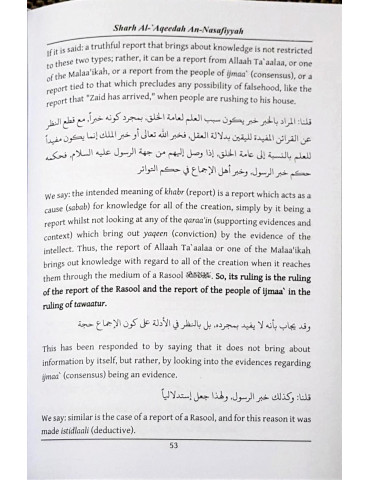 Al-Qur'an - The Path to Perfection
chevron_right

The Souls Journey After Death
Write your review

A Commentary on the Creed of Imaam an-Nasafi

The subject-matter of this kitaab, however, is the aspect of 'Aqeedah that deals with Imaan in Allaah Ta'aalaa, in His Ambiyaa, in His Malaa'ikah, in His Kutub, in Jannah and Jahannam, in the Day of Qiyaamah, in the Signs of the Hour, etc.

Part of Imaam at-Taftaazaani's intention when he wrote this sharh was to thoroughly refute the Ahl-e-Baatil, such as the Mu'tazilah, the Karraamiyyah, the Khawaarij, the Philosophers, etc. However, a person might object at this juncture saying that those groups died out long ago so of what use is the study of this kitaab?

The answer to that objection is that what he intended to achieve in this sharh was not merely to refute those groups and there arguments of those groups, but to open up minds of the readers, those who study this kitaab, so that whatever baatil groups emerge in later generations and whatever baatil arguments they may bring for their corrupt views, their baatil may be easily and adequately refuted.

A Commentary on the Creed of Imaam an-Nasafi