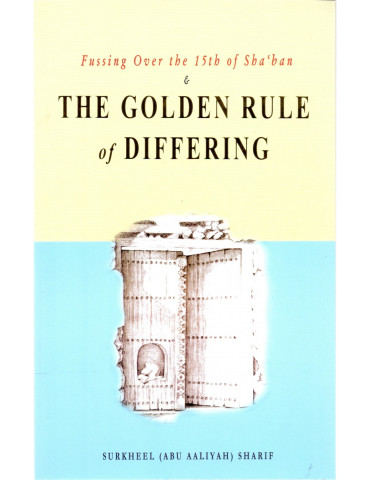 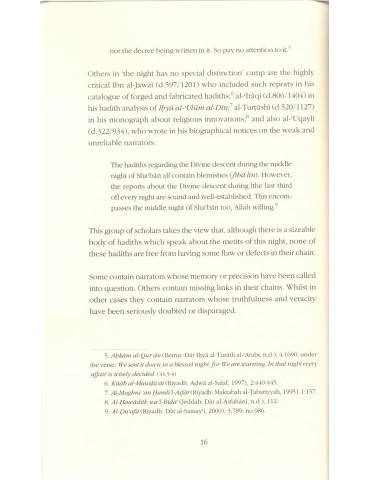 Fussing over the 15th of Sha'ban & The Golden Rule of Differing

The issue of the 15th night of Sha'ban tends to cause a stir among Muslims today. The topic is one that generates heated arguments and is sometimes used to accuse fellow Muslims of not being followers of orthodox Islam. Historically, scholars have differed over whether the fifteenth night of Sha'ban has any special distinction or not, and whether singling-out this night for extra acts of devotion and worship is a reprehensible innovation (bid'ah).The reason for the book is twofold. Firstly, to discuss why such differences have arisen and how each stance has its legitimacy in the canons of classical Islamic jurisprudence. Secondly, and more essentially, the issue serves to lay down the Golden Rule in areas of legitimate differing. Indeed, without a sound understanding of the rule, we run the risk of turning an Islamic opinion into the Islamic opinion; with the usual suspects then following: bickering, bad blood, divisions, bigotry and vicious arguments. Seldom are such devils kept at bay just with pleasant character, unless such character is graced with this Golden Rule. Thus learning it and living by it is absolutely essential for true Muslim unity.A lucid, well-presented and timely exposition on a much debated issue. This works seeks to correct the mindset of harsh and undue polemics in our community and to lay down the parameters of valid differing on religious matters by the qualified. to quote the author "Hypocrites on pulpits we cannot be; servants of Allah and brothers breaking bread with one another we must learn to be."                   Mufti Abdur-Rahman ibn Yusuf Mangera

Fussing over the 15th of Sha'ban & The Golden Rule of Differing