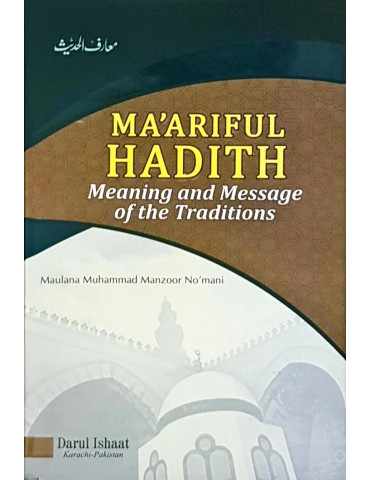 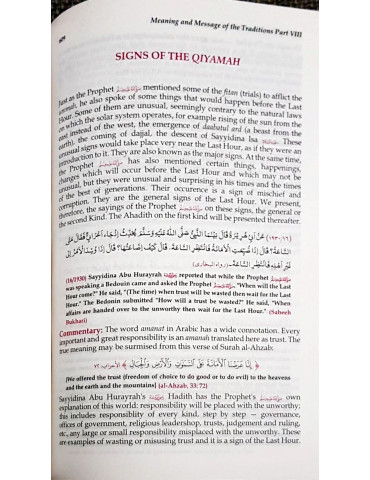 Being Dutiful to Parents
chevron_right

Provisions for the Seekers
Write your review

Ma'ariful Hadith spread in 4 volumes is a collection of hadiths on all topics of religion.  These are explained in lucid language by Mawlana Muhammad Manzur Nu'mani.

Beginning with the hadith about the 'importance of intention in performance of deeds', the book takes us through hadiths on faith, on the duties in Islam and ends up with hadiths on supplication.

In explaining the hadiths, the author has relied upon the great hadith scholar Shah Wali Allah Dehlawi for the final word.

The hadiths are chosen mainly from Mishkat Al-Masabih, but some directly from the main books of hadith.

The author, the late Mawlana Manzur Nu'mani is a very well known Hadith Scholar in the Indian Sub-Continent. He had been particularly active in the field of explaining the teachings and approach of the established religious schools to the general public, and particularly to the secular-educated public. His books are very widely read.

He was a very active teacher and lecturer and has written many books, booklet and magazine articles. Some of his best known works are Ma'ariful Hadith (a very lucid and comprehensive 4-Volume introduction to the Hadith for the general reader) Islam kiyaa hai? and Khomeini and the Iranian revolution (a well researched exposition of the origin and the open and hidden doctrines of the Ithna 'Asharia Shi'as.)

He also established the journal Al-Furqan, now under the editorship of his son Mawlana Khalilur Rahman Sajjad Nu'mani.