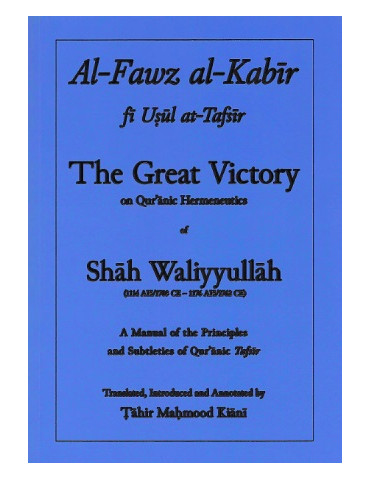 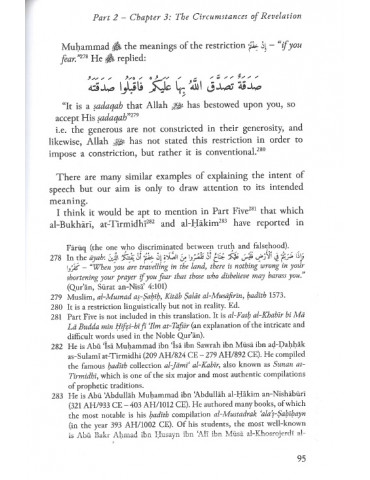 Al-Fawz al-Kabir fi Usul at-Tafsir, The Great Victory, on Quranic Hermeneutics is a manual of the principles and subtleties of Quranic tafsir. In it the author outlines the five fundamental sciences that the Quran contains: the science of judgements (ahkam), reminding others of the Favours of Allah, the Days of Allah and the Life after Death, and giving particular attention to the science of polemics. He also reviews the other sciences of tafsir such as the circumstances of revelation (asbab an-nuzul), abrogating and abrogated ayat (an-nasikh wa'l-mansukh) and the unusual words and phrases of the Quran (gharaib al-Quran), before concluding the book by looking at the extraordinary and miraculous aspects of the Noble Book, and a final chapter on the meanings of the letters of the Arabic alphabet.

Shah Waliyyullah was born on 4th Shawwal 1114 AH/10th February 1703 CE in northern India. He was descended from Umar ibn al - Khattab and was thus Qurayshi. He had a traditional education in all the classical sciences from his father and other scholars in India before journeying to Makkah from where he returned in 1145 AH/1733 CE with great knowledge of all the major works of hadith.
He dedicated the rest of his life to teaching in the Madrasah Rahimiyyah and to writing widely on all the known Islamic sciences as well as working indefatigably for the reform of Indian society and the renewal of the din. He died in 1176 AH/1762 CE