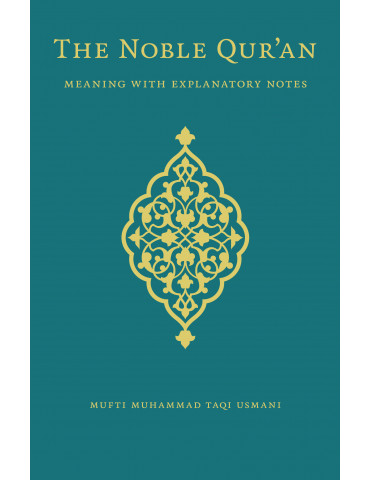 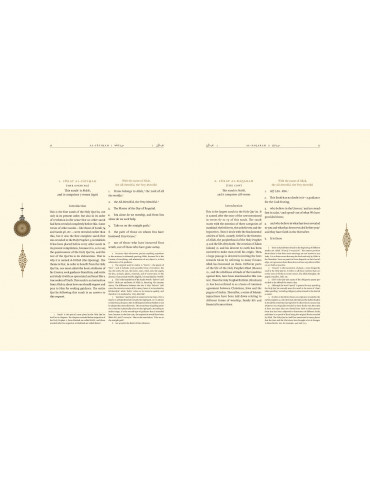 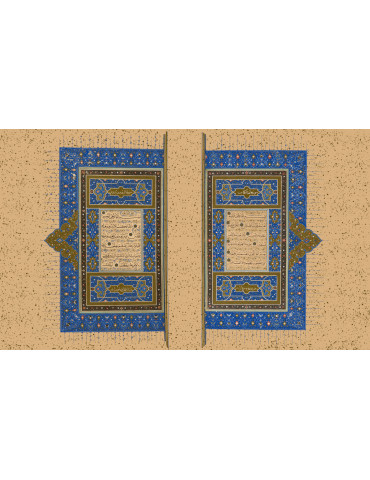 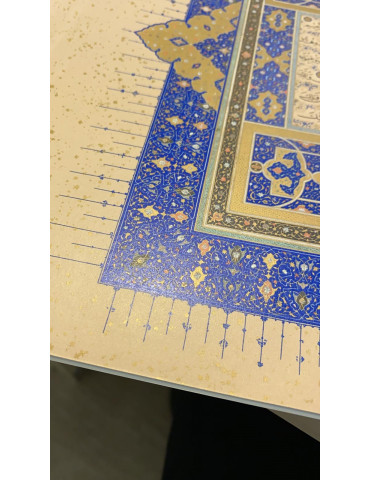 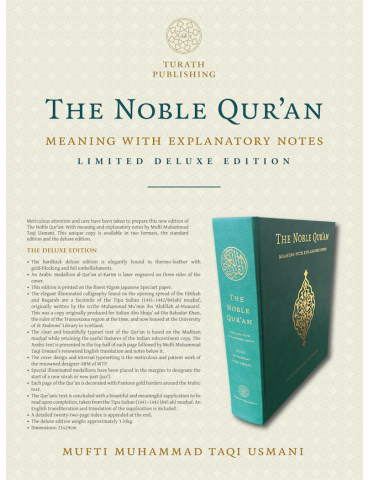 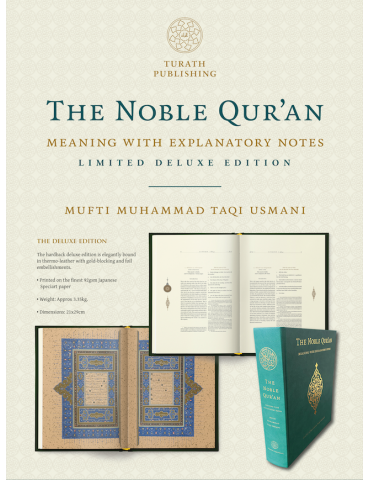 Meticulous attention and care have been taken to prepare this new edition of The Noble Qur’an: With meaning and explanatory notes by Mufti Muhammad Taqi Usmani. This unique copy is available in two formats, the standard edition and the deluxe edition.