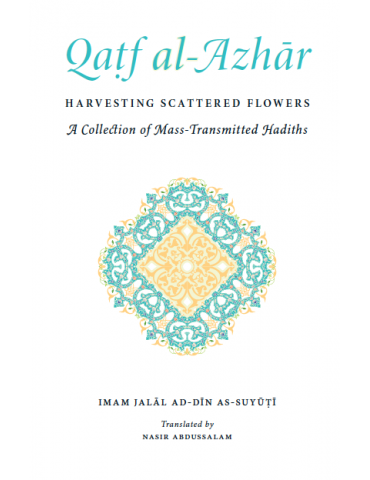 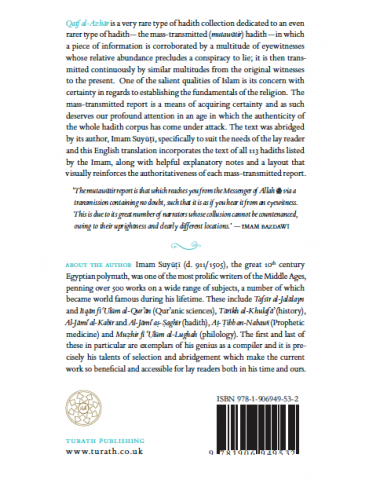 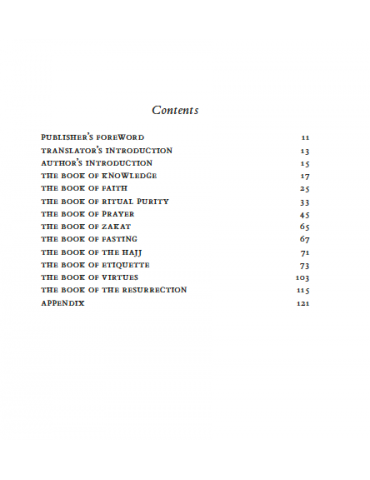 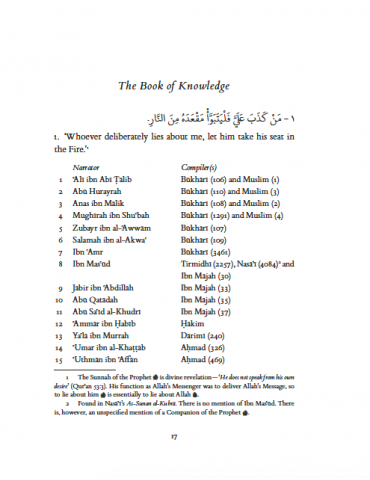 An Introduction to Sahih al-Bukhari
chevron_right

Being Dutiful to Parents
Write your review

Qatf al-Azhar is a very rare type of Hadith collection dedicated to an ever rarer type of Hadith; the mass-transmitted (mutaumir) Hadith—in which a piece of information is corroborated by a multitude of eyewitnesses whose relative abundance precludes a conspiracy to lie; it is then transmitted continuously by similar multitudes from the original witnesses to the present. One of the salient qualities of Islam is its concern with certainty in regards to establishing the fundamentals of the religion. The mass-transmitted report is a means of acquiring certainty and as such deserves our profound attention in an age in which the authenticity of the whole hadith corpus has come under attack. The text was abridged by its author, Imam Suyuti, specifically to suit the needs of the lay reader and this English translation incorporates the text of all 113 Ahadith listed by the Imam, along with helpful explanatory notes and a layout that visually reinforces the authoritativeness of each mass-transmitted report.